I pulled up to my Airbnb in a nice part of town; there was a rainbow flag flying and the neighbor’s lawn had a sign with a reassuring message to immigrants and refugees. Ahhhh, feels like home. A man invited me in, showed me the house and my room, introduced me to his partner, and let me know that they were going to have a few people over that night to celebrate their friend’s 50th birthday. They hoped I wouldn’t mind.  Of course I didn’t.

I sat down on my bed and relaxed after the long drive. Then I pulled out my banjo and played for an hour or two. I played whatever I wanted. What I had learned the week before made impossible songs attainable.

I heard a commotion downstairs so I walked into the kitchen dressed to go out on the town and saw a table full of characters. It was a playwright’s dream. There was the gay couple who owned the house, both in their fifties, in good shape, very kind. There was another man who looked identical to Jeffrey Tambor, and then there were four women, all severely obese, all with short, gray hair. The couple introduced me to everyone and offered me a glass of bourbon. YES PLEASE! They pulled out a 1.75 liter bottle of Maker’s Mark and had me sit down. Mark, one of the hosts, was grilling burgers out back. They asked me a lot about my life and little about being in the mountains of Eastern Kentucky. The more I hinted at it the more I sensed a kind of detachment from the rest of their state. They spoke a lot about bourbon and their friends. They told me that unfortunately their friend was ill with cancer and was at the hospital. He was in very bad shape, they told me. “How long have you known him?” I asked.

“He’s my best friend,” Mark said, fighting tears. “He’s a young guy too, only in his late thirties.”

A few of the people in the room had been at the hospital earlier in the day to visit him. We all sat at the kitchen table and ate our burgers, kale salad, baked beans, and coleslaw. The birthday girl, who wore a baseball cap and could barely fit into the chair, kept chiming in about her vacation, and each time she mentioned it half the people at the table laughed and the others (including me) looked at each other. “Oh, the food at vacation. . . It was a long vacation. . . Thankfully vacation is over.”

They served me a few more bourbons. I noticed that Jeffrey Tambor seemed as clueless as I was and he asked where she went on vacation. “You really don’t know?” my hosts asked him.

“Should we tell him?”

“You were?” asked Jeffrey Tambor.

“I shot my girlfriend,” she answered.

“What did your girlfriend do?”

“Nothing. I have schizophrenia and I wasn’t taking my medication. My mother always made me take the pills and then when she passed I stopped taking them.” Gulp.

The woman sitting next to me, the oldest woman there, let’s call her Diane, asked if she was taking them now. “Oh yeah, I’m taking them now,” she chuckled. “At vacation they make you take it.”

The other people had brought her gifts, some clothes for an upcoming trip. She was a member of a volunteer organization that helped the homeless and had been invited to speak at a conference in D.C. She pulled out the humongous shirts and everyone commented on how nice they were. I agreed that they were nice and then someone brought up sagging breasts which shifted the conversation to whose breasts sagged lower. My two male hosts and Jeffrey Tambor pleaded with the ladies to not take off their clothes and compare.  I was drunk at this point, and I remember Diane saying in a deep voice, “How low can you go?”

The bourbon poured and poured and poured. There was no way I was leaving the house that night. What could I find out there that was better than this? I desperately wanted to read the political thermometer in the room. I was surrounded by seven homosexuals, two or three of whom were senior citizens, in a state governed by a man who was building a life-sized Noah’s Arc, and whose senators were Mitch McConnell and Rand Paul – so I threw out a tepid, “I don’t mean to start on a political track here, but I was wondering if you think that Louisville is kind of a blue pocket in a reddish state?” Boom, the bomb exploded.

The disdain that these people felt for the governor was palpable.  Diane’s partner was a woman named Cricket, who sat next to Jeffrey Tambor. “I just don’t understand,” Diane said, “If I love Cricket, and I want to be with her and spend my time with her, why is that any else’s business?”

The hosts had been trying to get me to play some banjo but I was too drunk at that point. We moved outside to the front porch and chatted for another hour about politics and Kentucky, and which counties voted for whom. One of the hosts brought out a jar of moonshine and goddammit, how could I resist? Jeffrey Tambor asked if I was alright as my head started slumping down. “You gonna make it?”

“Oh yeah,” I replied. “Just tired after the drive today.”

I hadn’t noticed that the hosts had gone inside for 20 minutes, but when they came back out there were tears in their eyes. “Michael just passed,” they said. “We just got word from the hospital a few minutes ago.”

I stumbled up the stairs while they were hugging and passed out on the bed.

Unbelievably, I woke up the next morning feeling clear-headed, and I drove into the town center to have breakfast and walk around. Every city feels small after New York and all the cities in China, but Louisville felt like the right size. People were so friendly that I assumed they’re trying to scam me. People told me that Louisville was a hub for the arts down south and it became apparent as I walked along the main street and Bardstown road.

A fiddle player I met at the music school lived in Louisville and we met up for a beer. I asked him what he was doing later that night and he said he was playing guitar as a pre-show in the park.

“Oh?” I said. “Shakespeare is kind of my thing in New York. Which play?”

“That’s my favorite play!” I exclaimed. I told him I’d be there early to see him play and then watch the show.

He played very well, and the performance of Richard II itself was amazing. Louisville Shakespeare in the park is supposedly the oldest free Shakespeare festival in America and the performances were outstanding. I hit a quick bourbon bar after the show and then went back to the house for a final chill night before driving back home. 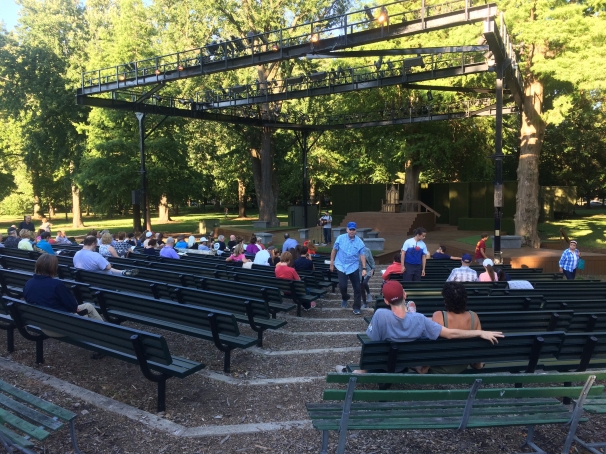 I passed West Virginia along the way home and decided to stay for a night so I could hike. It’s wild, wonderful, interesting, and beautiful.  You should go. 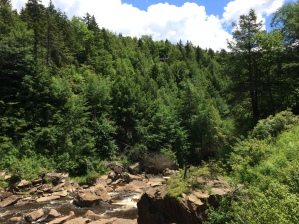 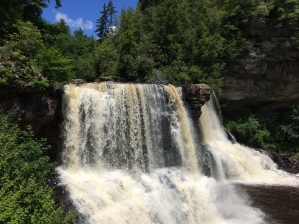